In my last post, I talked about a strategy for decluttering. As mentioned, sometimes it’s pretty easy to declutter some old stuff. Sometimes we hold onto it for a sentimental reason. And sometimes it’s just impossibly difficult to let go – with no rational explanation.

Well… let me try giving you one. You feel regret that you’re not yet willing to face.

So you’re sitting there in the middle of your decluttering session trying to let go of this bag, book, or blender that you never use. You don’t really like that thing and it’s definitely not sentimental. But when I ask you to let go, you try to persuade me that you need to keep it. With a clear pity in your voice, you’re giving me reasoning like:

I feel you. What you’re probably trying to say is, that you kind of regret this purchase although it’s hard to roll that off of your tongue. I don’t judge you. But let me shine some objectivity to the situation that we all experience.

The “not wearing it enough” prevents us from letting it go in hope that one day we’ll start liking it. All we wish for is a justification for that purchase. We’ll keep it in promise, that we’ll force ourselves to wear it, even though it just doesn’t feel right. So we set ourselves to fail our promise or spend an uncomfortable day wearing something out of obligation. All the complications just to feel better about the ownership of that thing.

The same goes for the “pretty”. We’re feeling a bit bad that this pretty thing is sitting unused in our home for so long. We will hold onto it so the one-day-in-the-future, that thing can be appreciated and used. What we’re forgetting is, that by letting it go and passing it on, it could have its moments of shine much earlier than we’re willing to grant to it.

The “expensive” is often the reason number one for keeping things. We have paid so much money for this, and now it’s to be given away for free? Well, that’s unfair, isn’t it? However, if we could get all the money back, we’d happily get rid of it. But it’s hard to sell things for the same value, not even talking about finding the time to sell stuff at all. Yes, it was a bad buy for its price and its uselessness. But we will rather let this thing clutter our house forever than giving it away for cheap. The true reason for keeping it is the “unfairness” of the whole situation…which is, of course, not improving our financial situation, but somehow the stubborn decision makes us feel better.

Whatever the reasoning, in short, we wish we had found the return receipt before it was too late.

Are you recognizing yourself in those sentences?
Does this feeling strike a chord with you?
Then you should continue reading…

it’s only one moment of confrontation

First of all, holding onto something for the fact that you don’t want to feel guilt is a recipe for clutter. The ignorance of the problem also allows for the mistake to be repeated. And that doesn’t contribute to your emotional wellbeing either so you might as well choose the first confronting option.

When facing our mistakes and confronting the guilt feeling, we become more aware of our doings. And of course, it’s only with awareness that we can change things.

Going through the confronting moment, you’re not only decluttering the object itself but also the accompanying feeling of regret. Once you get over this “painful” moment, you can finally let go fully and (for the most part) forever.

Lastly, the whole denial thing doesn’t really work. Yes, by ignoring your bad purchase, you avoid direct self-confrontation. But the object is still there, silently cluttering not only your house but also your mind. You get a mild reminder of regret every time you come across it anyways. Or, you hide it deep down in your storage complaining, that you don’t have enough space in your home. In either case, the ignorance solution is not a sustainable one.

Confront yourself, let go of both the purchase and the regret, and remember this moment the next time you’re one-click away from another impulsive purchase! The whole point of this exercise is not to waste materials in the buy-throw away-repeat fashion, but to bring more mindfulness to your shopping habits and learn how to be more critical and more resourceful. I wish you good luck.

Sign up for Your SPACE monthly newsletter and receive tips and articles in your mailbox. 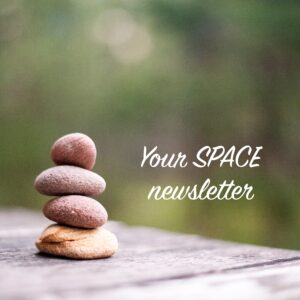